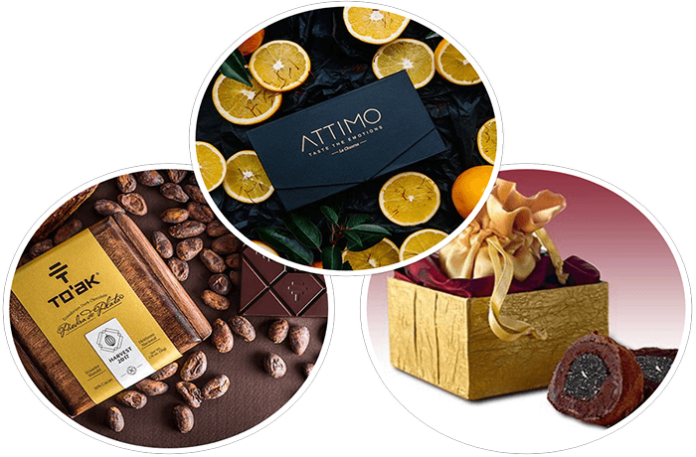 It is time to delve into the world of delicious chocolates that will not only melt in your mouth but also melt your pockets with their astounding prices. I must confess, I have always had a sweet tooth. Chocolate, sweet, sweet chocolate! Since I was a young boy, not that long ago, mind you, I’ve loved few things more than chocolate. It can be sweet, savoury, caramelly, spicy, or in this case, incredibly, incredibly expensive/ Though, it’s wealth may be immeasurable in our hearts, some chocolates carry a price tag that’s not so sweet. Today, we’re going to take a look at the most expensive chocolates in the world, and bite into what exactly you get for the price.

For our journey into the world’s most expensive chocolate. You’ve got to take a look at the chocolates, who almost made it. The ones who didn’t quite have enough Ganache, cocoa, or luxury ingredients to quite make it to the top. These chocolates aren’t anything to scoff at, whether they are definitely something you’d want to scoff down.

The third most expensive chocolate in the world brings in $250, which is even more shocking when you realize, that’s the price for a bar of single chocolate called La Madeline au Truffle. The chocolate is created by House of Knipschildt, an artisan codeword for fancy and expensive chocolatier based in Connecticut.

The closer you look at the chocolate, the more sense the price makes, well almost. La Madeline au Truffle is, as the name would suggest truffle chocolate. However, this just isn’t any truffle. La Madeline au Truffle is made from Perigord Winter Truffles. While the name kind of sounds like something out of Harry Potter, this species of truffle is actually one of the most sought after in the world.

Found only in the southwest corner of France in the Perigord region, these truffles are only found in winter, under the roots of an incredibly specific oak tree. Their rarity and short-season cause an increased demand for these delectable treats. And as we all know, demand equals dollar signs and lots of them.

After a Perigord winter truffle is found, the truffles are then coated in a delicious, delicious ganache. The ganache is composed of vanilla truffle oil, heavy cream and 70% of Valrhona dark chocolate, specialty chocolate made exclusively by a small chocolatier here in France. To top off this chocolate, the entire thing is dusted with cocoa and placed on a bed of sugar pearls to be delivered to its lucky owner.

If $250 is a little cheap for your text, maybe the next chocolate on our list will pique your interest, though it still falls incredibly short of the price of the most expensive chocolate. It still can be said, this seems to be decadent and luxurious enough for even the richest of buyers.

Also Read: Cocoa Based Chocolates May Be The Next Brain Drug

Our runner up at $450 for a single bar of chocolate is our Rain Harvest Art Series Piedra de Plata by TO’AK. TO’AK is a chocolatier based in Ecuador, that has one very specific claim to fame. They are the only company in the world that uses a rare variety of cocoa bean called ‘Nacional’ that was until recently, thought to be extinct. The cocoa beans are aged for four years in a French oak cognac cast, like a fine wine or a handsome narrator. Some things are just better with age.

This art series chocolate is made of 77% cocoa and happens to be a mix of two different vintage chocolates, made by TO’AK. So, how much chocolate do you get for your buck, or shall I say several bucks? The Art Series chocolate is only 50 grams, or 1.7, ounces I’m not sure about you, but for me, that’s enough chocolate to last commercial break, maybe. However small this $450 chocolate is, it certainly has quite a diverse taste, with a profile described as being reminiscent of caramel, toffee and honey. With an earthy nutty salty floral aroma, it seems like they’ve managed to make quite a flavorful chocolate.

Named Attimo by Attimo Chocolatier here, this chocolate is composed of several rare ingredients that make it incredibly desirable. The 80-gram bar is 68% cocoa, but it isn’t your average store-bought cocoa. Attimo sources their cocoa from a family-owned farm in Venezuela. The beans are a very limited harvest yearly meaning several companies must compete to earn the rights to their covered cocoa.

Attimo managed to get enough to make 50 exclusive bars. In addition to the cocoa, the bar is flavoured with a dash of orange and has a crunchy biscuit in the center. One of its priciest ingredients is also one of the most surprising – saffron. Though it may be a spice you’ve seen casually mentioned on baking shows, or featured in Persian restaurant menus, saffron is a bigger deal than a lot of people realize.

One might even say it’s got a spicy history. Sourced primarily from around the Mediterranean, saffron is one of the most expensive spices on the planet. It takes approximately 75,000 saffron flowers to make a single pound of the spice. Because of this absurd amount of labour and the sheer number of flowers involved, a pound of saffron will cost you a couple of thousand dollars. It’s no wonder why this addition raises the price of the chocolate so much. Following the trend of sourcing ingredients from exclusive forms, the saffron in Attimo is from a small farm in southern Switzerland, that is known for a rare variety of saffron. Enjoy this captivating video.

So, how much will all this cost you? Attimo, the most expensive chocolate in the world is a whopping $646 for an 80-gram bar. The catchphrase for Attimo is ‘taste the emotion’. Though, the only emotion, I’m feeling at the moment is a shock. While the price may seem absurd, there is one nice thing about it.

Aside from the quality, the CEO, Alain Mettler has reported that most of the proceeds of the 50 limited edition bars will go to the very same Venezuelan farms the cocoa is sourced from. The money is intended to help them increase the sustainability of their farming practices.

So, there you have it, the most expensive chocolate in the world. What do you think, are you going to be saving up to buy one of these chocolate bars or are you just going to go to the grocery and get one for a couple of bucks? If so, what’s your favourite chocolate. If you enjoyed this post make sure to leave a comment and do share with your friends and folks.

You can no more win a war than you can win an earthquake.

However many holy words you read, however many you speak, what good will they do you if you do not act on upon them?

No man is a failure who is enjoying life.

For the first time in our history, we are studying something that is studying us.

When you see a good person, think of becoming like her/him. When you see someone not so good, reflect on your own weak points.

Nothing in this world is harder than speaking the truth, nothing easier than flattery.

Don’t complain about the snow on your neighbour’s roof when your own doorstep is unclean.

Look at the sky. We are not alone. The whole universe is friendly to us and conspires only to give the best to those who dream and work.

He that is good for making excuses is seldom good for anything else.

Life is a tragedy when seen in close-up, but a comedy in long-shot.

A day without laughter is a day wasted.

A year from now, you may wish you had started today.

Failure is success if we learn from it.

A room without books is like a body without a soul.

Change the changeable, accept the unchangeable, and remove yourself from the unacceptable.