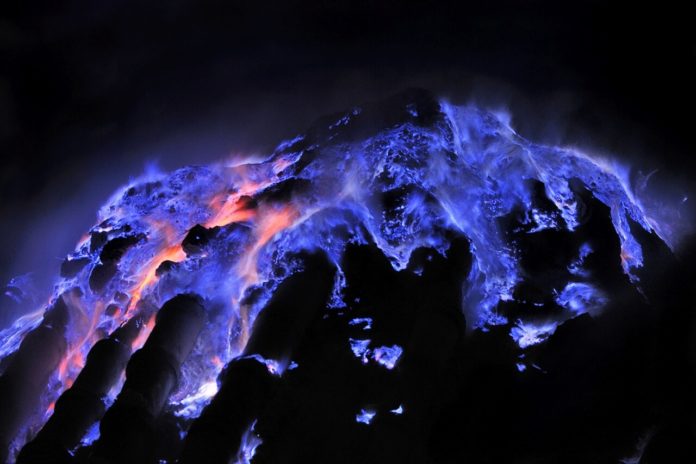 While natural wonders like Niagara Falls and the Grand Canyon are some of the most well-known around the world for their sheer size, the world we live in is filled with mystery and even some things that science can’t quite explain yet.

Believe it or not, there are some pretty incredible places out there that most of us have never even heard of. Here are the ten scientifically impossible places that actually exist. 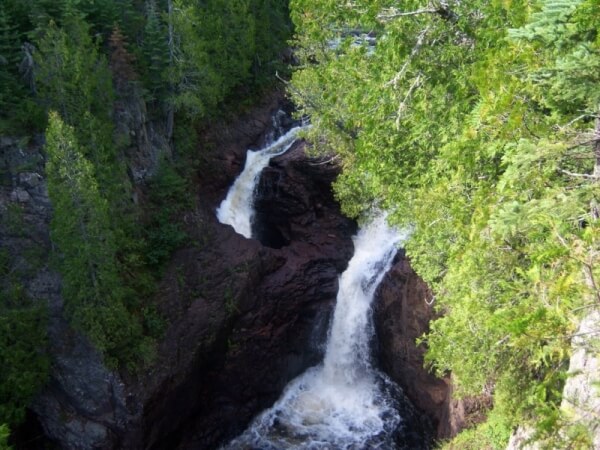 On the north shore of Lake Superior, in Minnesota, lies Judge C.R. Magney State Park. Named for the former Mayor of Duluth the park is best known as the location of the Devil’s Kettle. This strange waterfall splits into two due to the rock formations which cause half of the Brule River to continue on and the other half disappears into a pothole. The waterfalls roughly ten feet before disappearing underground.

Researchers have yet to determine where this flow reconnect as dyes, ping pong balls and other objects thrown into the devil’s kettle do not reappear. Since there is no way to determine the channels the water may pass through it has been deemed too unsafe for people to explore. 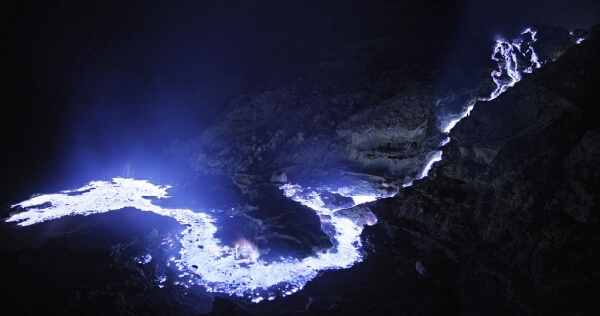 In Indonesia, a sulfur mine was built in the side of a volcano, but there’s no danger of eruption. The volcano itself is dormant, but at night a neon-blue substance spills down its side, flowing like a river of lava. This phenomenon is caused by the sulfur being mined from within the volcano. Heat causes the sulfur gas trapped inside to build up and escape, causing blue flames to shoot up to 5 meters into the air. The gas then semi-solidifies into a liquid form and flows down the mountain. Once it hardens it is mined by the workers. The sulfur in the air is toxic and gas masks need to be worn to remain safe, but many workers cannot afford them and use wet clothes instead.

In the rural central of Norway over the Hessdalen valley floating lights of white, yellow and red cross the night sky. Known as the Hessdalen Lights they appear at when it’s dark and can last anywhere from a few seconds to longer than an hour. The lights sometimes move at an incredible speed and slowly at other times, seeming to float in mid-air. Since at least the early 1930s people have spotted the lights and hypothesized what could be causing them. Some researchers believe they may be caused ionized iron dust, but tests have not been conclusive.

Also Read: Hessdalen Lights: the Most Mysterious of All Earth Lights 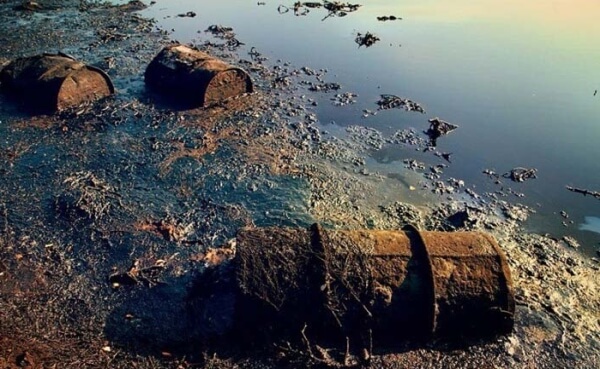 During the cold war, the USSR was desperately working to catch up to the United States in an arms race for nuclear weapons, one of these factories was located in the Southern Ural mountains of Western Russia on the banks of Lake Karachay. While the Mayak Facility was still running they would dump radioactive material and waste directly into the water not realizing the potential dangers. There was an accident in 1957 that caused one of the nuclear waste storage tanks to explode causing radioactive particles to travel over 9,000 square miles.

Then in 1967, there was a drought which caused the lake to dry up and spread radioactive dust via wind power over 900 square miles. Today most of the lake is covered by concrete, but the area is still so toxic that simply standing near it for an hour can kill someone. 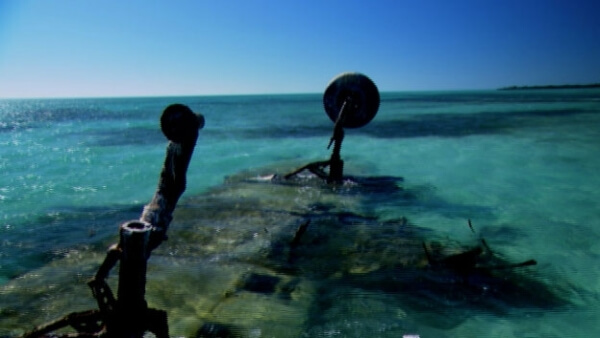 Located in the western part of the North Atlantic Ocean the Bermuda Triangle is a loosely defined triangle between Bermuda, Florida and Puerto Rico. According to the US Navy, there is no such thing as the Bermuda Triangle, but they cannot explain why aircrafts and shifts have disappeared in this region in the past. While many ships frequently pass through and commercial and private aircrafts routinely fly over there is the odd time when they simply seem to vanish. There are some that believe the disappearances are tied to the lost city of Atlantis which they believe lies deep beneath the tropical cyclone-rich area. Others believe that magnetic anomalies may confuse compasses in the area, causing crafts to become lost.

Don’t Miss: 10 Most Interesting Facts About the Bermuda Triangle 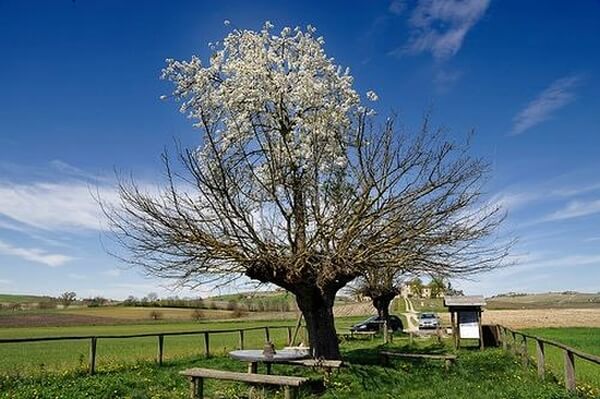 Between the towns of Grana and Cosorzo in Piemonte, Italy there is a rather unusual sight. On the side of the road, fenced off due to its uniqueness, is a large Mulberry tree with a Cherry tree growing through the center of it. While parasitic growths of trees caused by birds dropping seeds have happened before, they tend to be quite small before dying and being expelled from the host tree. The unusual thing about these trees is that they are both perfectly healthy and have branches that expand over five meters across. It has become known as ‘The Double Tree of Cosorzo’ and it has survived for quite some time in its certain state. 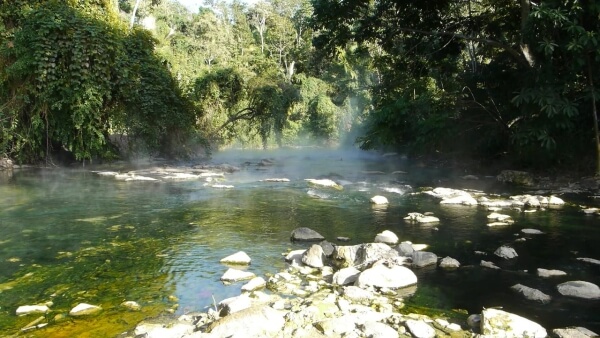 Deep in the Amazon, there is a four-mile-long river that kills. The Shanay-Timpishka gets as hot as 196F (91.1° Celcius) and boils anything that enters the water alive. Usually for a river to reach this temperature it must be in close proximity to a volcano, but the nearest one Is nearly 700km away. Animals have been observed falling into the water and being cooked from the inside out as they struggle to safety. Scientists believe there may be a fault line beneath the earth that causes the phenomena, but they have yet to prove the theory. 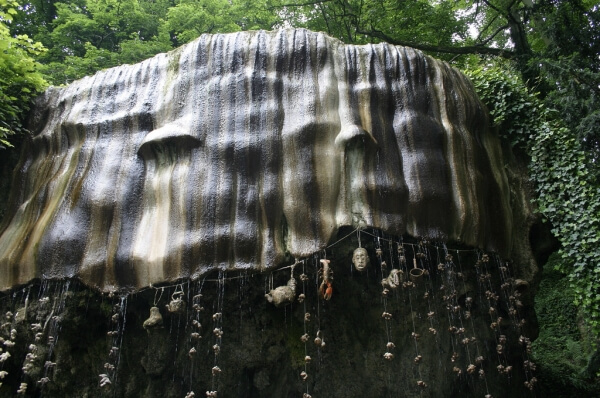 In North Yorkshire, England one of the UK’s oldest ‘Pay to Enter’ tourist attractions on the banks of the Nidd River. Once believed to be cursed by the devil or a witch this cave near the town of Knaresborough seems like something from the mind of H.P Lovecraft; the cave’s entrance mildly resembles a skull. The strangest thing, however, is that anything the water of the cave touches turns to stone. Items left near the cave seem to magically turn to stone in amazingly little time. Scientists have found an unusually high mineral content in the waters of the cave. This explains why the items develop a hard shell, much like a stalactite forming, but they cannot explain how it happens so quickly. While stalactites and stalagmites can take centuries to form, the petrification of these items only takes weeks or sometimes months depending on the size of the item. 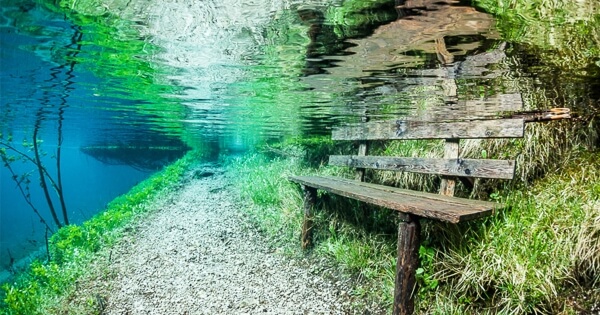 Near the Hochschwab mountains in Austria, there is a beautiful park with benches and walking trails that can be explored n the midsummer and autumn. Then the park and town of Tragoss become buried in snow during the icy winters. Come spring there is so much snow melting from the mountains and surrounding areas that the park becomes completely submerged as the nearby Gruner see overflows. Divers can then explore the underwater world where bridges and benches the home of trout and even some of the Alpine flowers will begin to bloom. The waters of the lake begin to recede around the midsummer when the park becomes accessible once more. 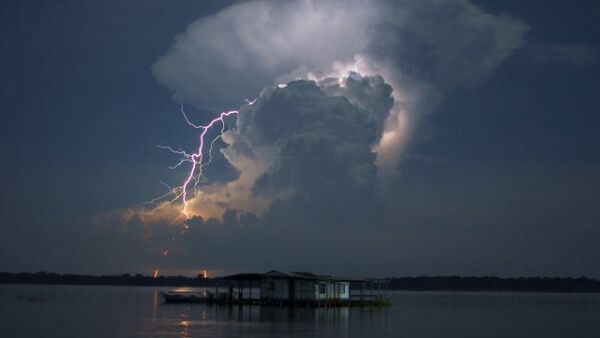 Anyone that’s afraid of thunderstorms definitely would want to avoid Western Venezuela. Over the Catatumbo river, lightning storms begin nearly every night from seven o’clock at night until near dawn. It can occur more than 260 night out of the year as lightning streaks across the sky over the water. There is a period of six weeks in 2010 that went by without storms causing scientists to wonder if it would return. The storms returned following the hiatus and continue to rage despite scientists being unable to determine the cause. It was once believed that the uranium in the bedrock may have contributed to the storms, but this was later disregarded as an unlikely theory.