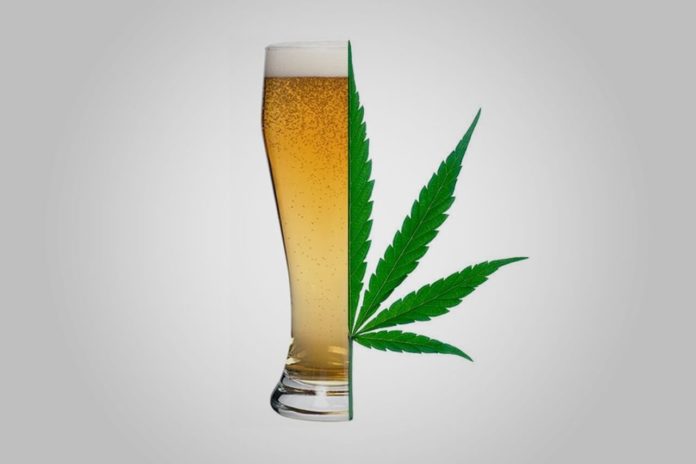 Is Marijuana Healthier than Alcohol?

Many of us like to spend at least some of our time unwinding and maybe even taking in substances that help us to do that. Some of these substances are legal such as alcohol, and some are legal only in certain areas such as marijuana. However, that is exactly why so many people wonder why it is that marijuana is illegal in many areas while alcohol is legal almost anywhere. They want to know if marijuana or alcohol is actually worse for you. We want to take a look at that question.

Alcohol Kills Without A Doubt

There is no question that alcohol kills people. In fact, Business Insider reports that there were more than thirty-thousand alcohol-related deaths in the United States alone in 2014. That is an incredibly high number. It looks a lot worse when you incorporate the fact that there have been zero reported deaths that have been attributed to marijuana use alone.

That thirty-thousand number does not include alcohol-related vehicle accidents by the way. If you wanted to throw those numbers into the mix as well, then you would see the number climb all the way up to about ninety-thousand deaths per year in the United States. That is a lot of people who pass away each year because of this legal substance.

Also Read: Strategies for getting rid of Bad Habits

Marijuana is less likely to cause addiction

It is important to note that while not all of the research is in yet, the evidence that we do have suggests that marijuana is a lot less addictive than alcohol. It seems that most adults in the United States have tried marijuana at least once in their life. Even if marijuana is not legal in their particular area, it seems incredibly likely that people will continue to use it anyway.

Alcohol has been proven to be potentially addictive. There are people who are more likely than not to have an addictive response to alcohol, but it could happen to anyone of us. The body starts to build up a craving for alcohol and wants to continue to take in more and more of it. The amount of people seeking treatment for alcohol addiction in America is astounding.

Marijuana does not necessarily have the same addictive compounds to it. It is still pleasurable to people who take it for their personal use to relax, but that does not mean that they are necessarily going to get addicted to it.

Alcohol Is Linked to Cancer, Marijuana Is Not

A lot of us are going to pass away as a result of cancer the way things are going right now. It is one of the biggest killer diseases that we still do not have a cure for. We know for a fact that alcohol is linked to certain types of cancer, but there has been no definitive link established between marijuana and cancer. This is yet another reason to favor marijuana over alcohol.

It is not recommended that you drive after you have consumed either alcohol or marijuana, but alcohol is definitely worse when you are about to get behind the wheel. The impacts of alcohol on one’s ability to operate a motor vehicle can be pretty extreme. The impact that marijuana has on one’s ability to drive a car is not necessarily all that bad. It is still not a good idea to do it, but you might not suffer from as much of the danger that could come from drinking alcohol and driving.

Alcohol May Lead to Violence

There are several cases in which alcohol made lead to violent outbursts, but marijuana does not have those same links established within it. Instead, marijuana tends to calm a lot of people down. It is important to note that these are the potential impacts of both of these different types of drugs. Perhaps you would like to choose which of these drugs you might want to consume if you are going to take anything to relax. It is entirely up to you, but at least now you have the facts in terms of what these different drugs may do to your body.

Overall, it is an individual’s choice of choosing either of them, but at the end of the day, anything taken in an excessive quantity can harm the human body. Leave your thoughts below as the debate continues.