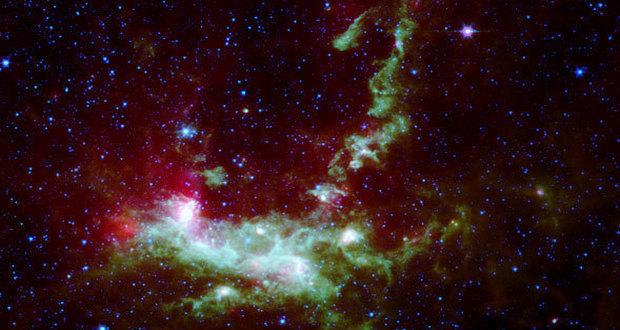 In the previous post, we have seen the various possibilities about how the universe may also have a definite time before it will cease to exist. We continue to ponder on this very interesting question of the mortality of the universe. The second law of thermodynamics introduces an arrow of time into the world because the rise of entropy seems to be an irreversible, “downhill” process. By an odd coincidence, just as the bad news about the dying universe was sinking in among physicists, Charles Darwin published his famous book On the Origin of Species.

Although the theory of evolution shocked people far more than the prediction of a cosmic heat death, the central message of Darwin’s book was basically optimistic. Biological evolution also introduces an arrow of time into nature, but it points in the opposite direction to that of the second law of thermo-dynamics—evolution seems to be an “uphill” process.

Life on Earth began in the form of primitive micro-organisms; over time, it has advanced to produce a biosphere of staggering organizational complexity, with millions of intricately structured organisms superbly adapted to their ecological niches. Whereas thermodynamics predicts degeneration and chaos, biological processes tend to be progressive, producing order out of chaos. Here was optimistic time, popping up in science just as pessimistic time was about to sow its seeds of despair.

Darwin himself clearly believed that there is an innate drive in nature towards improvement. “As natural selection works solely by and for the good of each being, all corporeal and mental endowments will tend to progress towards perfection,” he wrote. 18 Biologists began to speak about a “ladder of progress,” with microbes at the bottom and man at the top. So, although the theory of evolution rejected the idea that God had carefully designed and created each species separately, it left room for a designer God to act in a more subtle way, by directing or guiding the course of evolution over billions of years upwards towards man and maybe beyond.

This progressive philosophy was enthusiastically embraced by several leading European thinkers, such as Henri Bergson, Herbert Spencer, Friedrich Engels, Teilhard de Chardin and Alfred North Whitehead. All saw evidence in the universe as a whole, not just in the Earth’s biosphere, of an intrinsic ability for nature to produce order out of chaos. The linear time of these philosophers and scientists was one of faltering, yet ultimately assured advancement.

Unfortunately, progress in nature did not mesh well with either blind thermodynamic chaos or the purposeless chaos that supposedly underlies Darwinian evolution. Tension between the concept of a progressive biosphere on the one hand and a universe destined for a heat death on the other produced some confused responses. Some biologists, especially in France, downplayed Darwin’s central thesis of random mutations in favor of a mysterious quality called elan vital, or life force, responsible for driving organisms in the direction of progress, against the chaotic tendencies of inanimate processes. Belief in such a life force persists in certain nonscientific circles even today. Some philosophers and scientists, worried about the overall fate of the universe, asserted that the second law of thermodynamics could be circumvented under certain circumstances, or should not be applied to the universe as a whole.

The argument still rages. Biologists have long since abandoned the life force, and many argue strenuously that any impression of progress in biological evolution is simply the result of wishful thinking and cultural conditioning. The path of evolutionary change, they claim, is essentially random—“chance caught on the wing,” to use Jacques Monod’s evocative phrase.

Other scientists, many of whom have been influenced by the work of Ilya Prigogine, acknowledge the existence of self-organizing processes in nature and maintain that advancement towards greater organizational complexity is a universal law-like tendency. Spontaneous self-organization need not conflict with the second law of thermodynamics: such processes always generate entropy as a by-product, so there is a price to be paid to achieve order out of chaos.

As far as the ultimate fate of the universe is concerned, which of these counter directed tendencies—advancing complexity or rising entropy—will win in the end depends crucially on the cosmological model adopted.

Those readers with an interest in these eschatological matters may like to read my book The Last Three Minutes also written by Paul Davies.

Mobile Apps for a Better Planet

Earth Insights – A Technological Feat for the Conservation of Species