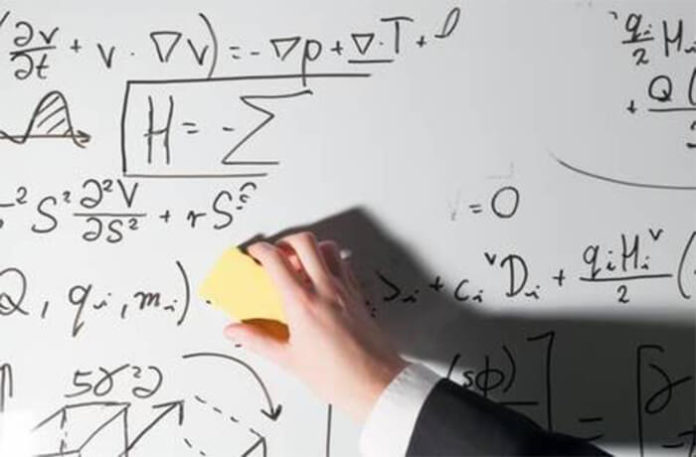 We continue to marvel at the unique inventions that have made the complex concepts of physics look like child’s play. Below are some more unique man-made discoveries that defy the laws of physics.

At first glance, the cipher drinking glass appears to be just a normal glass decorated with hundreds of tiny multicoloured dots, but appearances can be deceiving, and once this glass is filled it’ll have you wondering just what kind of arcane wizardry was used to produce it. Fill it with any liquid and some of the dots will begin to change colour and then in perfectly retro 8-bit style text, the cypher glass will spell out for you exactly what you’re drinking. The creators of the glass won’t divulge the exact process by which it works, so for all, we know actual magic might be involved. 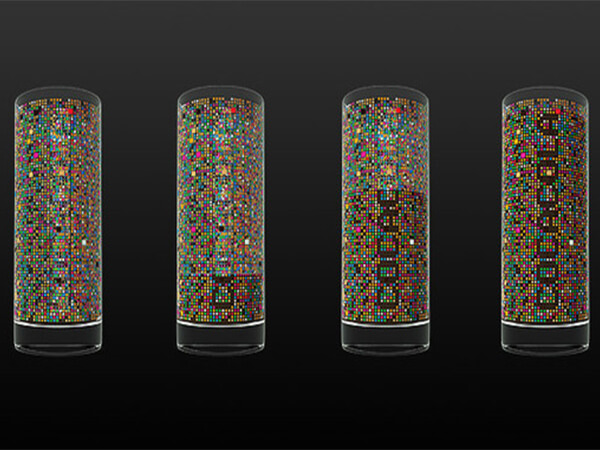 It’s tough to explain how else it could be so accurate because the cypher glass can’t just tell you whether you’re chugging orange juice or milk, it can tell the difference between Coke and Pepsi. The glass is still in the concept stage, so it may not be showing up at your neighbourhood bar anytime soon. But once it does you can be assured that people will throw all kinds of weird drink combinations at it just to see how magical it really is.

Here’s one physics-defying device that you’ll only see in one place. Yell Celler De Can Roca restaurant in Spain which uses it to serve up a treat that you literally can’t get anywhere else. The device custom-designed for the restaurant by chef Andrew Kuru Yah is aptly named the Oxymoron maker too, and it’s designed expressly for the purpose of baking ice cream inside the pastry without melting it. It is constructed from stainless steel and bamboo which is all that’s known about it. 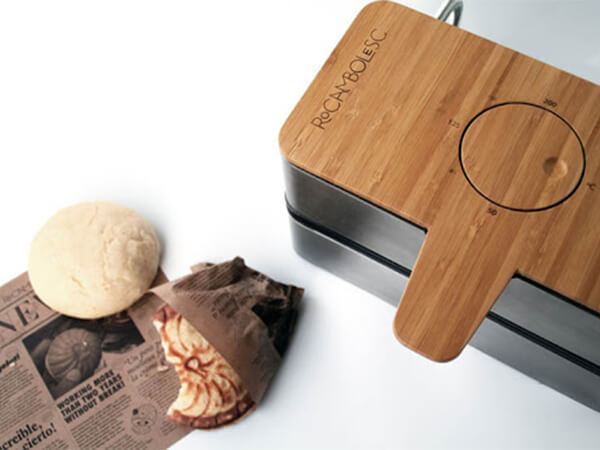 Since the restaurant has no intention of ever letting its prized device become available to the public but somehow, it’s able to quickly bake a pastry shell to perfection while leaving the ice cream inside perfectly intact. It seems like a dream come true for anyone who has ever tried and failed to make a baked Alaska, but we’ll leave it for you to decide whether one of the world’s most singularly unique desserts is really worth the price of a plane ticket to Spain.

Hydrophobic coating is exactly how it sounds like. It renders objects adverse to moisture, helping to keep them from suffering water damage when outdoors. But a few companies including one called NeverWet have developed superhydrophobic sprays that in the words of the company’s website make it so any object coated in it literally cannot be touched by water. Of course, many Youtubers have put this claim to the test and you can watch all manner of videos online of this miracle spray repelling water, oil, mud and just about any other slippery substance you can bring to mind. 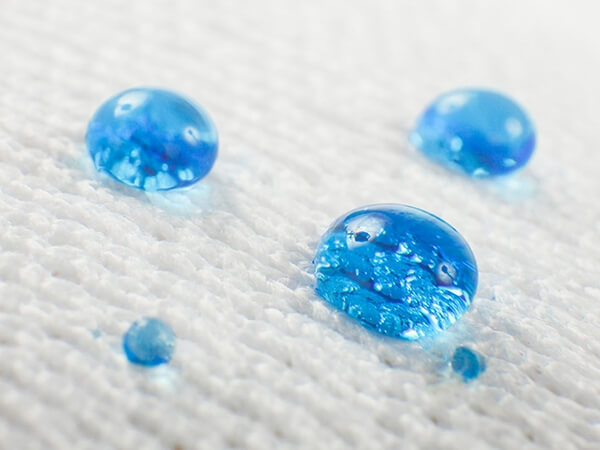 The most typical consumer use of the product is as a rain repellent for car windshields. But that’s only the tip of the iceberg. Different formulas can be bought for repelling moisture from glass, fabric, metal and other building materials. There’s an amazing array of practical uses for such a product, but most of us will just enjoy an endless stream of strangely cathartic videos of all kinds of things being splashed with all manner of moisture and muck, only to emerge perfectly dry.

If the average person had a nickel for every time, they tipped over their coffee mug at an inopportune moment they would have well a truckload of nickels. It seems as if the only possible perfect mug design would simply be an ordinary mug with a big flashing neon sign that reads do not tip. But the intrepid designers of the mighty mug had other ideas. 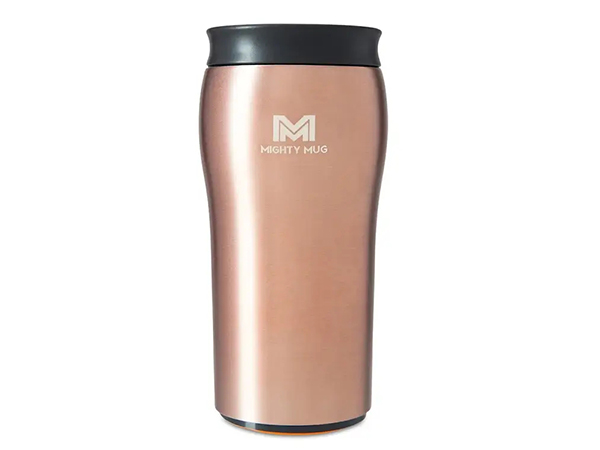 The mug uses a proprietary technology that the manufacturers call smart brim which enables I to cling like spiderman to any flat smooth surface upon which it is placed. Lifting it straight up to take a drink is just as easy as with any other mug. But if you strike the mighty mug with any kind of lateral blow, it simply will not budge. You can even give it a good hard punch and it will stand tall, keeping your coffee where it belongs and not all over your wallet or laptop. Of course, the mug’s inventors aren’t saying how it works, but if like most of us you tend to be accident-prone before you finished your first cup you won’t care.

Starlite is one of the most mysterious substances ever produced by science and it will almost certainly remain that way. It was invented by a hairdresser and amateur chemist Maurice Ward who claimed and demonstrated that it was able to withstand vast amounts of heat, even protecting an object as delicate as an egg or a human hand from the high temperatures produced by a blowtorch. 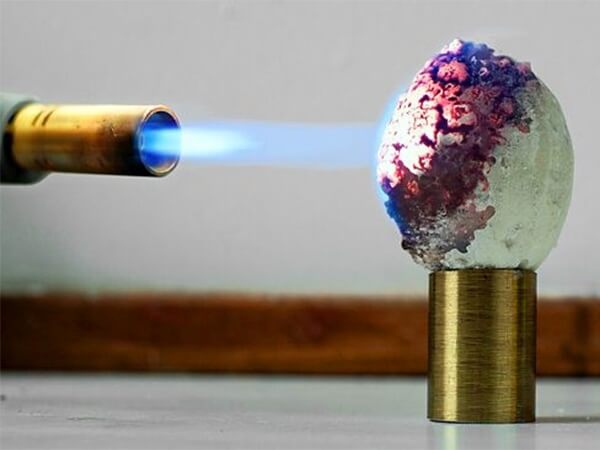 In one experiment, an egg was shown still to be completely raw and cool enough to be touched to be picked up after being enveloped in Starlite and subjected to a blowtorch in extreme heat for five entire minutes. Ward’s claims were verified by such agencies as the atomic weapons establishment and NASA, who were allowed to conduct experiments on samples. But they weren’t allowed to keep them as Ward was so fiercely protective of his formula that he refused to even let said samples out of his sight.

It’s thought to be composed of a blend of up to 21 polymers and copolymers both organic and inorganic in nature. But this is really just an educated guess. Ward died in 2011, taking the secret of Starlite’s composition to his grave and even though he once claimed that his close family was familiar with the process for fabricating it, none of them has come forward to produce any viable samples since.

Hope you gained some knowledge from these top ten things that really defy the laws of Physics. There are surely many more which exist or will come to light in the future.

There is no other definition of socialism valid for us than that of the abolition of the exploitation of man by man.

By three methods we may learn wisdom: First, by reflection, which is noblest; Second, by imitation, which is easiest; and third by experience, which is the bitterest.

There are three gems upon this earth; food, water, and pleasing words — fools consider pieces of rocks as gems.

May your life preach more loudly than your lips.

Age is only a number we count until we’re old enough to know it doesn’t count.

Test a servant while in the discharge of his duty, a relative in difficulty, a friend in adversity, and a wife in misfortune.

Generals think war should be waged like the tourneys of the Middle Ages. I have no use for knights; I need revolutionaries.

It’s a funny thing about life; if you refuse to accept anything but the best, you often get it.

I one does not know to which port one is sailing, no wind is favorable.

Perhaps the greatest myth being purveyed, is that myths are just myths.

Character is like a tree and reputation its shadow. The shadow is what we think it is and the tree is the real thing.

Think Thousand times before taking a decision But – After taking decision never turn back even if you get Thousand difficulties.

It is hard to fail, but it is worse never to have tried to succeed.

The past is a ghost, the future a dream and all we ever have is now.

It is very easy to defeat someone, but it is very hard to win someone.

Maybe the only significant difference between a really smart simulation and a human being was the noise they made when you punched them.

Why worry? If you’ve done the very best you can, worrying won’t make it any better.

Great thoughts come from the heart.