Medical science is still finding answers for eradicating many dreaded diseases and there could be many more which are yet to surface. A pioneering project is mapping the microbes that live inside us all, and showing how they can be tapped to fight colitis, asthma, and cancer. A hundred trillion bacteria, viruses, and other microbes, collectively known as the human microbiome, live on and inside our bodies. But in the future these microbes may well be the cure for the same diseases through microbes based therapy. Scientists working on two major collaborative projects produced the most comprehensive census so far of this inner world.

Many common diseases may be influenced by the microbiome, because microbes control many of the body’s essential chemical processes: They predigest our food, chemically modify the pills we take, shape our immune system responses, and repel infectious invaders. Everyone’s microbiome is unique, which may help explain why a certain drug helps one person but hurts another, why chronic conditions like inflammatory bowel disease suddenly flare up and then die down, and even why some individuals suffer from asthma or cancer.

In the last four years, the U.S.-based Human Microbiome Project used genomic analysis to identify bacteria, viruses, fungi, archaea, and protozoa in the noses, gums, tonsils, genital tracts, and guts of 242 healthy Americans between the ages of 18 and 40; more than 11,000 samples were taken in all. Two major papers published in June 2012 described the cumulative findings. In parallel, a European- funded project called MetaHlT studied the guts of 124 people and found more than 1,000 bacterial species.

Both projects find that each person’s body supports many different microbial ecosystems. The vagina, for example, is like a sparsely populated prairie, whereas the lower gut is like a rain forest, teeming with life. “The distal gut of a human is one of the densest microbial ecosystems on the planet,” says Stanford University microbiologist David Reiman, a pioneer in human microbiome research. 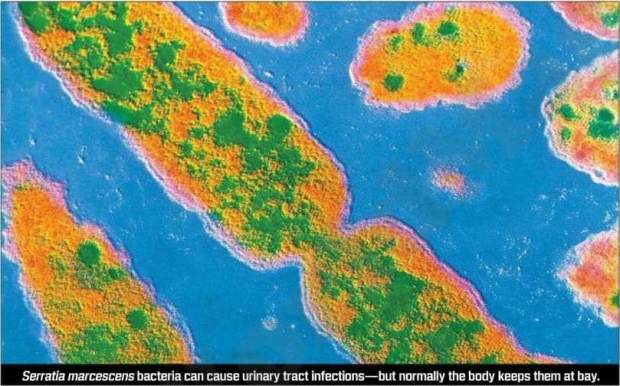 Another finding: People are very different from one another, but they are consistent with themselves. Two healthy Americans’ microbial communities can differ by as much as 90 percent, but an individuals distinctive ensemble of bugs tends to stay stable over many years. Microbiome studies are demolishing the medical community’s traditional “us versus them” attitude toward bacteria and other microbes. “The microbiome is meant to be there,” says Lita Proctor of the National Human Genome Research Institute, who also directs the Human Microbiome Project.

Drawing on that insight, scientists are starting to investigate microbiome-based therapies. Already doctors are having success treating diseases like colitis with fecal transplants to reestablish gut flora in patients who have received intensive rounds of antibiotics. In the future, cancer patients might bank their own microbiomes before chemotherapy and then be re-inoculated afterward to speed their recovery. An even more distant possibility: treating babies with microbes that shape the immune system to stave off autoimmune diseases like asthma and psoriasis.

Let us hope these path-breaking projects will be fruitful and resourceful in eradicating this world of life threatening diseases.

Can Superhuman Powers be Achieved Through Meta Genes?

Is it Possible to Print Ourselves with DNA Laser Printing?

The Malaria Project – A Valiant Attempt to Cure Malaria Permanently