India Was One is a romantic tale blended with some serious drama, revolving around the lives of two friends- a Mumbai-born teenager Jai and his first and only college love Kaahi. As grand as the book title sounds so is it’s scope. The story encapsulates everything from love, friendship, patriotism, culture, relationships, sacrifices, tragedies, and several other transformative experiences of people as well as entire groups and nations, or specifically, in this case, a nation.

The initial part of the book begins with Jai and Kaahi’s first encounter in college. From then the story gradually progresses and takes you on a long journey that narrates various parts of their lives as they grow from friends into love birds then into a married couple who in time have to confront a tragic event, that will change the lives of not just themselves but their homeland too.

Days passed and Jai got to know Kaahi more. He knew that just like him, she too lived in Juhu Scheme, and just a few roads away from where he lived. Many times, he dropped Kaahi off on his way to his home after the college.

As simple and straightforward the story is at the start, it builds up, slowly and steadily towards the final part of the book, which contains all the major catastrophic events and the drama that ensues. All of this does take the first couple hundred pages to begin, but when it does, the tension resulting from the crisis and the hyperactivity that follows leaves you gripped till the finale, which does bring a positive outcome but also some fated and irreversible losses.

Jai and Kaahi’s friendship smoothly transitions into a lifelong bond. Then the story moves past their college years and enters the turning point where they leave their old lives behind to settle in the US. The narrative touches on the various aspects of the lives of the protagonists, from their memorable college days with friends, to some uniquely pleasant events like the long winding cricket match at Bunty‘s.

Simultaneously there are various deeper ideas which you are confronted with, as the conversations dive deeper into the lives of each of their friends as it navigates into wider areas like understanding the chemistry of the relationship between cricket and India, or the timeless bond between the nation and its diverse citizens.

In India, cricket is not just a sport…it’s a religion…” …. “Do you know why?”…”It’s because people here love cricket no matter what their religion is: Hindus, Muslims, Sikhs, Christians, etc. Cricket has a cult-like following in this country. It’s like it has formed its own religion. It never cares which religious background or caste one is from. It breaks all boundaries, and is a great equalizer in this country where people are still shackled by caste barriers.

All of this sets the stage for the departure as their small yet closely-knit friend circle scatters, each one going their own way while Jai and Kaahi leave India to settle in the US.

Everyone else continues on their respective paths here in the melting pot of religions and cultures, namely India, of which you get a fine taste, as the author introduces you to her and its distinct uniqueness, through various situations and events from conversations to detailed fact-based notes interspersed throughout the book.

The central part of the story details the worldly adventures of the couple as they settle in the US and acquaint themselves with various locations there, and then as they set out for their long-planned Europe tour.

All of this is artistically narrated with detailed precision, from the locations to the various landmarks, structures, monuments, villages, city’s, their characteristics, their history along with every other relevant detail.

… they walked through the narrow, cobblestoned streets lined with souvenir shops that led them to an open area known as the Old Town Square to see the Astronomical Clock. The Old Town Square was a huge square that was open with a water fountain in the middle. Every side of the square was dotted with open-air cafés. It was a hot day, and the tourists were sitting outside the cafés, under the shade of big umbrellas that jutted from the middle of their tables. They were either enjoying ice-creams or cold drinks. On one side of the square was a tall clock tower, housing the Astronomical Clock. A small crowd was waiting patiently for the clock to chime.

Jai and Kahani’s Euro Trip is also fantastically narrated, though it takes a long detour from the main storyline, it remains enjoyable nonetheless. From the winding country roads of the Czech Republic to the mystical streets Prague, originating straight from the Middle Ages – the Old Town Square, the Astronomical Clock, all connected with narrow cobblestoned streets. The author touches everything from the artistic grandiosity of the Schönbrunn Palace to the unnerving gloominess of the Mauthausen Concentration Camp nestled in Upper Austria.

The authors accuracy in painting the beauty of various locations is fantastic and inspiring, as he makes the reader want to travel and explore those magnificent places first hand. (for now, I had to be content with Google Images )

As they got off the train, Jai was amused to see a ‘Mozart toilet.’ No, it wasn’t a historical toilet where Mozart had ‘done his business,’ but a toilet which played music composed by Mozart while you ‘did your business.

As much as the title suggests, ‘India was One‘, as the story progresses it covers more about everything outside of India than of India, like the places where the main characters journey, from parts of US to various regions in Europe.

The story does moves away from its central premise as the author takes you on a tour of the foreign lands. But time and again the author does the job of bringing back the story to the place where it originated, whether through the protagonist’s longing for their real home, or the foreign objects reminiscent of India, their homeland, which evoke a sense of yearning for the familiar during their travels.

And last but not the least, the highlight of the story – the events from which the book title takes birth – which I will not spoil, but they unravel towards the end in a fast, tense, romantic, dramatic, being equal parts personal and global in scale and are met with a bittersweet end. 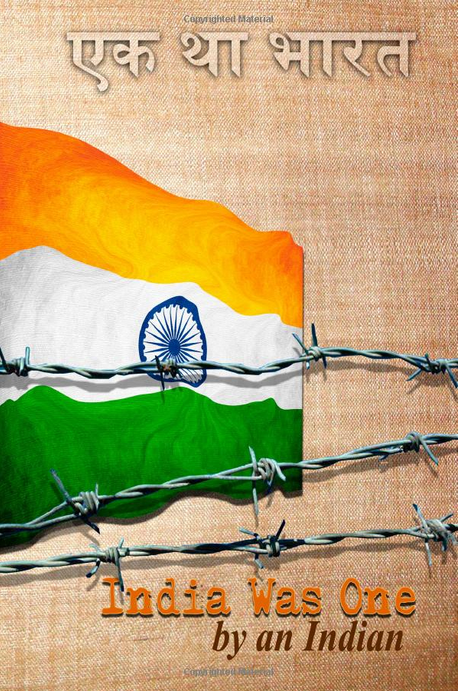 A contemporary tale of love, friendship, patriotism and much more. India Was One is a romantic drama revolving around the lives of two friends- Vijay Rao and Kahani Parekh. It takes you on a journey throughout their lives from their college years here in Mumbai to their lives in the US and then back to India where the central part of the story unravels.

To succeed in your mission, you must have single-minded devotion to your goal.

We can’t all be heroes, because somebody has to sit on the kerb and clap as they go by.

Do not dwell in the past, do not dream of the future, concentrate the mind on the present moment.

Either you think, or else others have to think for you and take power from you, pervert and discipline your natural tastes, civilize and sterilize you.

The truth is incontrovertible, malice may attack it, ignorance may deride it, but in the end; there it is.

Imagination means nothing without doing.

A bank is a place where they lend you an umbrella in fair weather and ask for it back when it begins to rain.

People often say that motivation doesn’t last. Well, neither does bathing – that’s why we recommend it daily.

Man should forget his anger before he lies down to sleep.

I am the happiest man alive. I have that in me that can convert poverty to riches, adversity to prosperity, and I am more invulnerable than Achilles; fortune hath not one place to hit me.

What’s the use of a fine house if you haven’t got a tolerable planet to put it on?

To truly laugh, you must be able to take your pain, and play with it.

A truth ceases to be true when more than one person believes in it.

Music is a moral law. It gives soul to the universe, wings to the mind, flight to the imagination, and charm and gaiety to life and to everything.

Before you embark on a journey of revenge, dig two graves.

It does not matter how slowly you go as long as you do not stop.