Remember, the colorful puzzle-like block that you probably never managed to solve in your childhood? Well, if you did successfully conquer that puzzle, you might even have it preserved as a trophy.

The ones easily defeated or overwhelmed by the puzzle’s dominating difficulty would have already cleared it out of the house along with the other mess, or dumped it in some dark corner of the house, which would then require more physical effort in unearthing it than the mental effort needed to solve it.

I, being the latter, stumbled across it recently in those rarely accessed corners of the house, while I was searching for something less amazing. As I held the cube in my hands, it evoked the same sense of wonder and excitement, which soon vanished, as my mind reimagined the past encounters with the wonder cube, all of which never came to fruition.

I was barely aware that the decades-old cube resting in my hand, which almost equals to a family heirloom now, would be celebrating its 40th anniversary soon. So, as always, one can trust Google with paying tribute to people, inventions et al, as it cherishingly celebrated this invention with an interactive cube Google Doodle.

Now you do not have to go looking for it. If your childish curiosity still manages to fool you into getting belittled by this little cube, then just visit your go-to digital helpdesk, Madame Google. Though that might not be the perfect replacement, it serves as a testament to the accidental yet magnificent invention and also the world’s best-selling toy.

”We turn the Cube and it twists us.” – Rubik

Here are some facts that will paint a rough picture of that uniquely ingenious puzzle’s legacy:

Here is a list of people solving the cube in the fewest number of moves – at number one is a Japanese – Tomoaki Okayama (岡山友昭) in just 20 moves.

This level of puzzle solving requires lightning fast reflexes. Hence, competitors make use of special lubricants applied to the cube from within to prevent wrist and finger injury and it also helps to speed up the manipulation of the cube.

Few years before Rubik’s invention, an already similar puzzle had been invented and patented, by Larry Nichols. It was a step down from the Rubiks, a 2x2x2 puzzle with rotatable pieces. And in the same year, Frank Fox had invented a 3x3x3 spherical variation of the now famous Rubik’s Cube.

A standard Rubik’s cube contains 26 small blocks. The miniature blocks or cubes forming the whole cube are collectively called cubies or cubelets. Each of the 6 sides(face of the cube) has a unique color that is determined by that side’s centrally located block, which rotates but is fixed in the center. So, here is starting point for beginning the puzzle. Though, you might need some luck if you plan on just hopping into it, with your usual trial and error basis – caution :

..it has one correct alignment and 43 quintillion wrong ones

(to put the unit quintillion into perspective, if one had as many standard sized Rubik’s Cubes as there are permutations, one could cover the Earth’s surface 275 times.)

Like many other genius inventions, this cube was an unplanned creation or more appropriately an unexpected outcome of a totally different experiment. As an architect, Ernő Rubik was always fascinated with shapes and structures and intrigued by the interconnectedness of space,objects and their influence on the living world. His thinking and perspective lead him to create a structure which would allow the individual pieces to move without the whole structure falling apart.

He twisted and twisted, and the colors only got more scrambled. It was like ”staring at a piece of writing written in a secret code. But for me, it was a code I myself had invented! Yet I could not read it. This was such an extraordinary situation that I simply could not accept it.” – Ernő Rubik

The skeleton of this original cube was similar to what later came to be the Rubik’s Cube. And it was only when the whole piece-wooden blocks connected by elastic, fell apart, that he stumbled upon the first seed of thought which lead him to that same state of amazement and wonder that the cube evokes once we hold it and begin rearranging it into its perfectly immaculate and orderly state.

As much as he was amazed by this creation which sat right in front of him, he was now equally perplexed. An architectural structure which he was working on, had now unintentionally turned into a complex puzzle, which he soon found to be an insurmountable challenge- just restoring the cube to its original state within the humanly possible number of steps and also without having to disconnect the pieces. In the first attempt, it took him an entire month to solve the puzzle, which now people and things solve in minutes and even seconds(above). 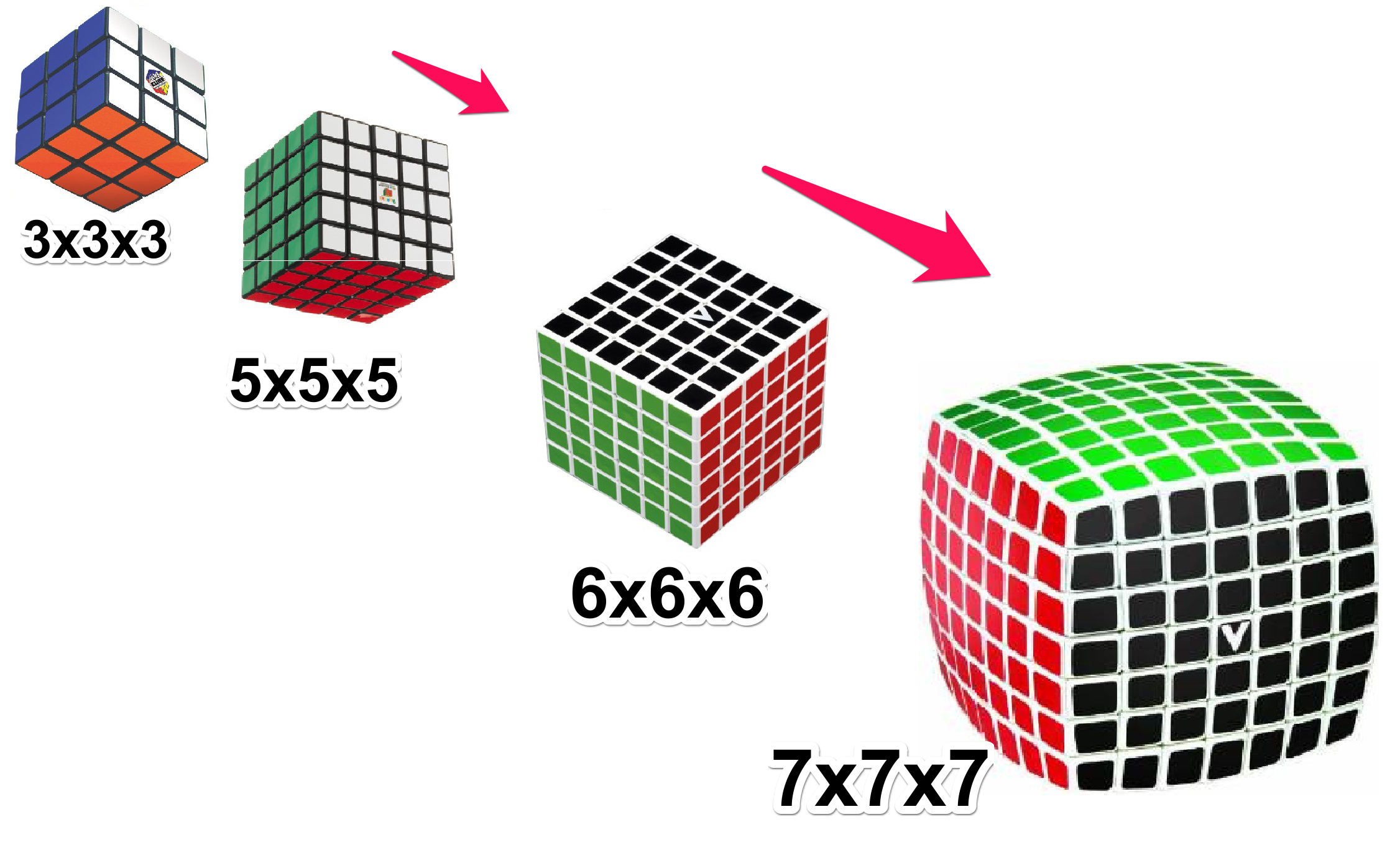 Rest all was a successive chain of events that lead to multiple variations of the original cube along with several other typical knockoffs, birth of championships-speedcubing and its champions-speedcubers, and also the invention of other mechanical puzzles namely-Rubik’s Magic, Rubik’s Snake by the cube’s own creator.

He discusses the way the Cube can seem alive as it heats up in your hand and the fact that each face of the Cube is made of three layers of three blocks. Source

For me, the number three seems to have a particular significance, relevant in some strange ways to the relation between man and nature. Take mother-child-father, heaven-earth-hell, creation-preservation-destruction, birth-life-death.

Kinder Downfall – The Waterfall that Cascades in Reverse