As I began reading this book my first reaction was, “So… this is just another typical tale of a girl who is distanced from her family and has to survive alone in a ruthless metropolitan city, where thousands of alien eyes follow her movements, trying to exploit her in every possible way and she ultimately manages to conquer all that is thrown at her!” So I thought after 50 or so pages it would just follow the usual narrative where the storyline will get predictable and finally end with an ordinary conclusion filled with far too common happy ending. I was wrong! And how wrong I was, you will know as we move ahead with this review.

Though it contains the “protagonist’s is put through a test and ultimately triumphs” bits, the whole story is far more than that. I continued reading, thinking to give it a try at least and see how it turns out half way through the story.

Its story is peppered with twists and turns, unexpected events, some great surprises.

Before I knew it I was sucked into the world, its characters and the intriguing plot that became intense as it unraveled. The narrative began spinning a spider web whose threads only got thicker and thicker as I moved through the pages. Soon my prior judgment was thrown right out of the window and I was totally absorbed in its pages, compelled to finish it in a single sitting. And when I did finish it, I was simply at a loss for words.

There were so many aspects of the book that had me hooked – the neatly woven storyline, the wonderfully narrated turns of events and the crisp narration. All combined together formed a reading experience that will surely not be forgotten soon.

Its story is peppered with twists and turns, unexpected events, some great surprises. It prods the reader to guess what will happen next and when you try to, most of the time your guess will be far from the obvious! This is what made this suspense thriller a classic for me. A challenging task that the author accomplishes well is that despite the fast-paced unpredictable structure of the plot, the flow of the story is maintained.

Ruby is the protagonist trying to survive in Mumbai working as an intern for a social media firm.

Ruby is the protagonist trying to survive in Mumbai working as an intern for a social media firm. The curtain is lifted amid a curious mix of sounds – traditional and modern, in her bedroom with ‘old fashioned furnishings from the forgotten era’, of a rented apartment shared with Pankaj, her ‘best’ friend. Such and many more vibrant descriptions bring the tiniest of details alive. Here is an example of her narration where she paints the description of a ‘gentleman beggar’ in front of Ruby’s apartment.

I pause on the threshold next to a man who is always there, just outside our bungalow gates. I have sometimes walked home in the early morning after a night out, just as he is setting up his little corner of the world. He doesn’t look up as I pass. I have grown fond of the balding spot at the top of his head. That’s all I ever see of his face, for he is always bent over his notebook: writing. What does he scribble day and night? Can one person carry around so much in his head? He has curly hair worn in a halo as if to contain the flow of letters, like Lord Shiva trying to contain the restless holy Ganges River in his matted locks. As always he is wearing faded jeans, a grey shirt tucked in, and a tie loosely knotted around his neck. He also wears leather loafers, which have seen better days.

As I moved further into the story, things started to escalate sudden disturbing and unexplainable events start occurring. It put me on the edge when an attempt on her life was made.

Amidst these individual experiences, odd events and relationships, the fate of the Mumbai city hangs in the balance.

Was it merely a man trying to molest her? Was it an accident? Or was it a part of a bigger conspiracy?  That attempt on her, in a moving local train…definitely affected her- it was something unnatural- something that may change her. Is this the turning point of the story, a teenager transforming into a…………?

This is where the story gains momentum. That event on the train, ignites something within her, gives her a rush, a sort of an energy boost that excites her and gives her confidence. Once a prey, she now becomes the hunter.

Things start taking a turn for the bad when her roomie Pankaj is targeted. Why and for what reason remains a mystery. And then the mysterious text messages she receives now and then.

All these small things interconnect are not as small as they appear. There are bigger things at stake, as Mumbai-the city of dreams- is revealed for what it truly is and what future holds for it.

What, when, why – all sorts of questions are for asking. Amidst these individual experiences, odd events and relationships, the fate of the Mumbai city hangs in the balance.

She is not slim, not large. Just curvaceous in that typical homely- yet-sexy, housewifely way. Lustrous dark coconut-oil nourished hair falls past her shoulders framing a classic oval-shaped face, supporting full-fleshed bright-red tinted lips, a slightly hooded nose, and eyes from which coal-dark pupils sparkle back The woman’s eyebrows are ruthlessly perfect arches, each kissing the long temple-shaped red-coloured pottu that spurts up in the centre with an almost pornographic perfection.

Intricate plot, complex characters, and many other elements are penned down elegantly by the author.

One warning I ought to give you is – if you dare leave the book incomplete, the suspense could potentially kill you.

I would go right ahead and say this frankly, every single element in this brilliant story could to be turned into a blockbuster movie. Even if that happens or not, I am just looking forward to a sequel to this.

Go ahead Laxmi, readers are waiting! 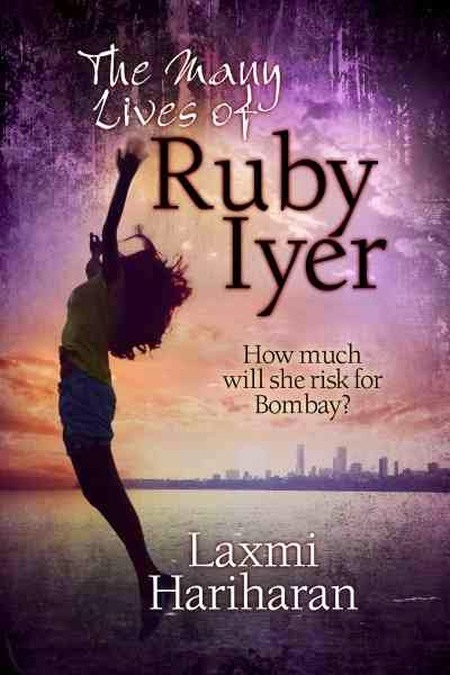 Give the book a try and discover how much thrill a thriller can really contain. Mumbaikar or not, you will find that the events-tragedies, personal or larger, are as relevant as they may seem futuristic at first hand. This may be a piece of fiction but it is far closer to reality than you can imagine.