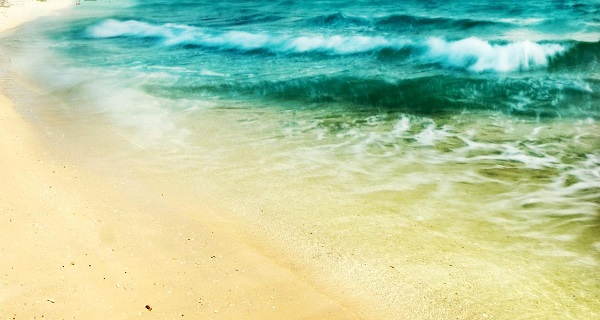 The most abundant molecule in the human body is water (H2O) which accounts for about two–thirds of the body’s weight. In other words, the body of someone who weighs 180 pounds consists of about 120 pounds of water and 60 pounds of other compounds. The body of a newborn infant is almost 80 percent water.

Most living beings are likewise composed largely of water. In considering why this is so, we should remind ourselves that all life on Earth originated in the ocean. From the time living organisms first emerged from the seas, they have carried part of the life-giving ocean within them. If we analyse the blood or other body fluids of a human being or any living organism, we will find that they are very similar to seawater in composition.

A human fetus grows and develops as it floats in its own personal ‘ocean,’ the amniotic fluid of its mother’s womb.  About two weeks after conception, a human embryo measures only two or three millimetres in length and possesses gill-like structures that are almost identical to those of an embryonic fish. From a single-celled organism to a fish to a primate- an evolutionary process that took hundreds of millions of years occurs within the ‘ocean’ of the mother’s womb in a matter of about nine months.

The Earth was formed about 4.5 billion years ago, and the first life appeared perhaps a billion years later, some 3.5 billion years ago. In the beginning, the Earth was enveloped in a poisonous mixture of gases consisting of methane, ethane, ammonia and hydrogen sulphide. Energy from various sources, such as the sun’s ultraviolet radiation, heat from volcanoes, lightning and the impact of meteors, caused these simple molecules to collide, and the chemical reactions that resulted eventually yielded organic substances of varying complexity. These substances collected in the ocean, creating the so-called ‘primordial soup.’

For a billion or more years these substances interacted and reacted, forming compounds that were increasingly more complex. Eventually, amino acids, the chemical building blocks of life, appeared. At some point, it is thought, one of these protein-like substances began to exhibit the qualities of life, acquiring the ability to replicate itself. From this most primeval life sprang many other life forms, which eventually evolved into the millions of species of life that presently inhabit the Earth. In this sense, all life on Earth is descendant from the same source and therefore interrelated.

It is no wonder, then, that all forms of life are basically identical in chemical composition. Life cannot be separated from its material components. Simple substances gradually became more complex and eventually burst forth with life. Physical matter inherently possesses the essence and energy of life that manifest under the proper conditions.

No matter how small a living entity may be it is able to absorb energy from its environment and sustain itself in beautiful harmony with its surroundings. One can only conclude that inherent within all life is the fundamental wisdom and ability to perpetuate its own existence. This ability does not come from the environment but is an attitude of life itself. It is the essential nature of living beings to respond, that is, to display the power that they inherently possess when the need arises.

Can Superhuman Powers be Achieved Through Meta Genes?

Is it Possible to Print Ourselves with DNA Laser Printing?

The Malaria Project – A Valiant Attempt to Cure Malaria Permanently