So big. The numbers, which cannot be written down or even counted by anyone. We call them stars, planets, galaxies. Together, we call all of it – Universe. We could even call it our home. A bigger home within which a small spec is our little home where we will spend our lives – Planet Earth. Probably, just one home. Until a time where we start to colonize other planets. I don’t think there will be another earth. And do we even really need another earth?

This is a place where we, as a family, have together spent thousands of years, flourishing, and we have reached to this point. A point which is the culmination of countless generations of work and dreams of several billion colliding into each other to form a single whole.

We have and we continue to share this space with so many others. It is a home as much as ours as it is theirs. And such a generous home it is. It gives us the most beautiful of gifts, the life-giving air, the nourishing food, a comfortable environment.

Our home provides us everything we will ever need to survive and even to live happily. Such is earth. For all, equal and giving.

Here we are, in the only home we have, and in reality, a place that will never have a better. We live here. We share this place with others. We spend every living second of our lives here. And we will do so until our last breath.

In spite of this, if we were to look at our home today, it might not appear as warm, homely, welcoming and nurturing as it was and it could have been. Things are different now, way different than the home was once.

Even though we share this place with many others like and unlike us, those others are still ‘others’ to us. And this is seen clearly in our daily actions which are responsible for the world as we see it now, the world we have built around us, for ourselves.

As a home for many, we have divided it into fragments that could possibly be immeasurable. The members of this house still appear as if they were strangers from outside (another planet).

We have learned to look this way at the ones around us. And we treat many similarly. Some we consider beneath us and some above us. At times, our treatment of our own family members is far too despicable to even be mentioned.

If an outsider were to look at us and form an opinion, it wouldn’t be something we would like to hear. And not because it was the judgment of a stranger – an alien, but because that stranger would show us how we became alien to each other and to ourselves, that stranger would simply tell us, how strange we are and how we have become the aliens we have been searching for all this while. Alien, to each other and to our own home.

Yet, we are moving forward, diligently and with great fervour. We are taking steps towards our future. And all of this we have been doing, we continue to do so with earnestness even though we notice daily that things have changed. But only now we have learned to convince ourselves that this change is progress.

And maybe that is why we still continue to move forward with such edgy intensity. What we once considered wrong, now, we have assumed it to be right and now we even believe that where that assumption takes us, is where we want to be.

We call this change, progress.

But like every other star out there, that shines even through the darkest of nights, we have learned to remember who we once were. We now have a better understanding of who we are and where we really want to be. This progress which would seem like blind agitation, is now taking direction because of many of us, who have finally decided to wake up and act.

So we begin again. As if it were the start of the universe, the birth, the inception. But this time, we recognize the wrongs, and we do the rights. We look at our assumptions and correct them. We live as we are, and not as what we were taught to be. And in this direction we are expanding, both young and old, together. We are growing collectively and we are shining through this darkness, brighter than ever.

What we would have come to fear and escape from is now what we challenge and run towards. We are confronting our own darkness with light and in this way we are expanding at a rate far greater than our universe.

We are spending our lives far better than we have assumed we would. We are living our days with much more intention and dedication than we would have imagined. We are livelier, happier and we are learning to share this liveliness and happiness with others.

We may be the only ones out there, in this grand landscape of planets, stars, galaxies. But we are the chosen ones in this way. And the onus of this responsibility we carry with us each day in everything that we do. So here is to the day ahead of us. We know where we are. We know who we are. And most of all we know what we have to do. So let our days have the depths of a universe, and let our nights shine like it.

We are the stars, we are the planets,
We are the fragments spread across the galaxies.
We are far apart, but we are together,
And, most of all, wherever we go, we will always be at home.

P.S. This post is a part of blogging challenge titled – #ChallengerSeries hosted by BlogChatter (an awesome bloggers community on twitter). This challenge was a picture prompt (post’s title image was the prompt) given to me by a fellow blogger Rachit Sharma, who is a part our BlogChatter team of 7 bloggers – #BlogBuddyMavericks.

P.S.S. Now, I am passing on this challenge further to the 6th blogger in line.  (Akshay). Here is the prompt for you (this will be tweeted also). A picture: 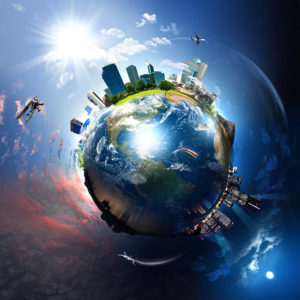 P.S.S.S. Again I have managed to turn my daily 1000 words writing practice into a blog post. I wrote this directly into my WordPress blog panel and hit publish after formatting the post, without any editing :). Maybe I will do (I did) a little proofreading on it later. I did the writing practice more strategically this time. I combined the blogging challenge into my writing practice (early morning writer’s routine). Unfortunately, I had to do this because I was lagging behind the challenge schedule and so clubbing the two was more effective as I could deliver the challenge submission on time. This also means I wrote 1000 words less (as I clubbed the two) and I also have missed my yesterday’s writing practice (minus 1000). So, later today, I will write down another 2000 words in my Evernote Notebook (App) and make up for it. Also, I plan on continuing my 1000w/day practice throughout this year with the intent of turning each journal entry into a blog post (hopefully a nonedited free written one).