They snatched me away from Ma today
They groped me, pushed me around, hurt me
They put me in a tiny box a mile away
So Ma could still see me, I heard her cry out
Where’s your feminism now?

They deprived me of her milk
Two weeks on, I’m still confined
I can’t move, I can’t stand
He comes in each day, kicks me,
Lets out his frustration,
He knocks me down
Where’s your feminism now?

It’s been a year, I haven’t seen Ma
He came in with other guys
He didn’t see the pleading look in my eyes 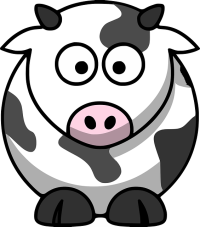 Each of them held me so I wouldn’t move
I felt that rod forced up me
They raped me today
Where’s your feminism now?

I can feel my baby move
I love him so much
There’s a fear though
This isn’t where I wanted him to grow.
I gave birth to him today
Immediately they snatched him away.
Where’s your feminism now?

I can see him kept a mile across
He cries while I wail
They attach something to my breasts
I can feel the milk being sucked out of me somehow
I bleed, I hurt, I ache for my baby
Where’s your feminism now? 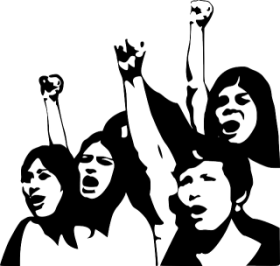 They killed him
They killed my son.
I see him nowhere.
They came in today.
They held me tight.
They raped me again.
I cried while they showed no remorse
Where’s your feminism now?

They snatched my second baby away
I just got to see her pretty eyes as she looked up at me
I saw them hit her while she tried to suckle
I saw her face bleed, I watched as they dragged her.
Helpless, I cried out loud.
I can feel the cold metal working on my breasts once more.
Where’s your feminism now?

It’s been 4 years since I saw Ma.
I’ve had my babies snatched away from me
Just the way I once was.
I can’t take it anymore
I can’t move, I can’t stand, I collapse.
He comes in and kicks me on the brow
Where’s your feminism now?

They dragged me away

They hung me upside down.
My legs hurt, I’m not alone here today.
I hear screams and cries till he comes to me
I feel something sharp slit my throat
I feel the blood ooze, I feel suffocated, I can’t see.
I feel them cut my legs while I’m still alive,
After hours of writhing, I finally feel nothing at all
It’s dark all around.
Where’s your feminism now?

Authors Note Freedom: Everyone deserves it, everyone wants it and everyone fights for it. We know it’s a fundamental right, yet there are some classes of society that are denied this. This poem is dedicated to those victims whose torture is normalized just because we don’t understand them, to those whose only hope for justice is the voice we raise for them.