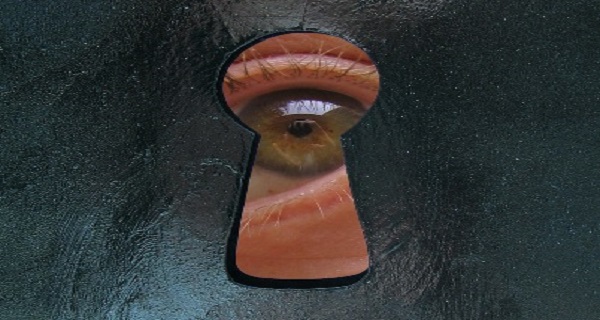 Stalking is unwanted or obsessive attention by an individual or group toward another person. Stalking behaviours may include following the victim in person or monitoring them. The word stalking is used, with some differing meanings, in psychology and psychiatry and also in some legal jurisdictions as a term for a criminal offense.

According to a 2002 report by the National Center for Victims of Crime, “Virtually any unwanted contact between two people [that intends] to directly or indirectly communicates a threat or places the victim in fear can be considered stalking” although in practice the legal standard is usually somewhat stricter.

In reference to the above definition Cyber stalking is very much a practise followed by teenagers, men and women these days. People have always been interested in whats happening in other peoples lives. They tend to talk , gossip about friends, family, enemies. They are always eager to find out more and more about a particular person or a group. Internet is one of the way these days by which you can find out about a person’s whereabouts.

How? We ourselves give a chance for others to know where we are. Mobile phones come with amazing apps where in you ask people to follow you, some apps even allow you to check in and out of your favourite places. So while some people love stalking others start generating interest in it.

Here are some statistics…

1.15 billion people use Facebook to update their status, upload pictures, check in and out of their favourite places, giving information to the world about their where about. 150 million use Instagram, 500 million of which 200 million use twitter ,300 million use WhatsApp.

While some find it fascinating for others to know what they are doing and where they are doing it, others prefer being private. As a result of which people are constantly logging in to find updates on people. And its something everyone is being doing these days. often, such behaviour is harmless and innocent, but there have been cases where such benign actions have turned sour, resulting in some serious crimes. In the end, the widely dominant and large scale use of such forms of social media has overshadowed its negatives. That’s why one should always be informed, know well when and how to restrict privacy to the number of people accessing to your Facebook, twitter, Instagram or any other service.

People often get carried away while sharing important information, be it their location, photos or any other form of sensitive data. Though, over the course of time social networks have provided enough mechanisms to assure privacy is retained it can only be helped when those are applied at the right time and used thoughtfully. Some times people may add people whom they do not know and at times go on a rampage, adding people to reach a certain milestone figure to boost the social bragging rights.

Even one adding someone, honestly, without any ulterior motives, might spring a trap upon himself as there are many fake profiles, at times luring people just for attention or worst, as hackers or stalkers. So many a times teenagers fall prey to such situation just giving access to their personal life. Restricting people to your profile is the key to safety.
So why do we call people stalkers when we actually do the same at times?
Does that mean there is a stalker in everyone of us?
While we give a chance for others to know what we do, does that mean we are creating stalkers?
Or is stalking a fashion and everyone’s in vogue…

Never be afraid to laugh at yourself, after all, you could be missing out on the joke of the century.

There are no accidents… there is only some purpose that we haven’t yet understood.

No one can make you feel inferior without your consent.

You don’t really conquer a mountain, you conquer yourself. You overcome sickness and everything else – your pains, aches, fears – to reach the summit.

Come forth into the light of things, Let Nature be your teacher.

You miss 100 percent of the shots you never take.

Life is just a short walk from the cradle to the grave, and it sure behooves us to be kind to one another along the way.

No work stains a man who is pure, who is in harmony, who is master of his life, whose soul is one with the soul of all.

If you don’t make mistakes, you’re not working on hard enough problems.

Books are the mirrors of the soul.

Today is only one day in all the days that will ever be. But what will happen in all the other days that ever come can depend on what you do today.

Confidence is contagious; so is lack of confidence.

Our greatest glory is not in never failing but in rising up every time we fail.

He who controls others may be powerful, but he who has mastered himself is mightier still.

You are confined only by the walls you build yourself.